This is part one of two posts on this topic.

As you can see from the above chronology, a great percentage of Canada’s multiculturalism and aboriginal policy development occurred during the 1970s to 1980s.  And I contend this is not the only thing the two issues have in common.  I have come to this conclusion after reading Salim Mansur’s groundbreaking book Delectable Lie: a liberal repudiation of multiculturalism.

Mansur is a political science professor at Western University (formerly the University of Western Ontario) in London, Ontario.  He is also a Sun Media columnist.  In 1971, his mother, younger siblings and he managed to flee from a genocidal civil war in South Asia.  He witnessed savage killings, and considered himself lucky to have got out of it alive.  This was the second time his family had been thrown into the “maelstrom of ethnically driven politics”–the first was during the 1947 Partition of India.

In 1974, Mansur came to Canada.  Here he found “safety, support and an opportunity to begin a new life” as a moderate Sunni Muslim who has denounced Islamism (radical Islam).  He says “Islamism. . .is. . .a mutation of a violent strain of Muslim-religious thought and practice that might be traced back to the earliest years of Islam.”

He describes himself as a “naturalized citizen of Canada that is an integral part of the West as a civilization distinct from other civilizations and cultures.”  But he provides ample evidence to prove that the values that drew him to this country in the first place, (e.g., (small l) liberal democracy and freedom of speech), are being eroded by “identity politics” and collectivism.

although multiculturalism once seemed like a good idea, at least to politicians and others smitten with the ambition for unity, it is increasingly shown to be a lie–a delectable lie, perhaps, yet a lie nevertheless–that is destructive to the West’s democratic heritage, values and traditions based on individual rights and freedoms.  This could have been foretold, as indeed those philosophers and historians of ideas who viewed freedom as immeasurably more important than equality in the development of the West did foretell.  They admonished people against the temptation to abridge freedom in pursuit of equality.

Mansur’s arguments can be summarized as follows:

A.1        All cultures are not equal.  “. . .[T]he worm inside the doctrine of multiculturalism is the lie that all cultures are worthy of equal respect and equally embracing of individual freedom and democracy.  The concerted assault by the Islamists on the essential and life-affirming values based on individual rights and freedoms is proof of this lie. . .[T]here are established criteria making it possible to judge the achievements of all cultures. . .but the primary criterion that makes possible all human achievement is freedom.”

A.2       Two tests can be applied regarding cultural equality.  There are two tests that can be applied to determine if a culture is of equal merit and deserves equal respect: protection of the rights of the individual, and the treatment of women.

A.2.2      Treatment of women.  Islamists practise shariah (a.k.a. shari’ah) law, which restricts the actions of women and non-Muslims, and is considered misogynist and overly punitive by its critics.

A.3         Enemies of the West can weaken Canada from within.  “There are enemies of the West who hate its civic culture, its freedom and democracy, as do the Islamists who organized the terrorist strikes on 9/11.  And ironically these enemies find that multiculturalism increasingly in the post-9/11 world works in tandem with their interests to weaken the West politically and culturally from the inside.”

A.4         Old World conflicts brought to Canada.  Mansur believes that Western civilization frees the individual “from the collectivist hold of tribe, caste, church, nation, class and any ideology that made him a mere cog in the wheel.”  His concern is that immigrants sometimes bring their tribally oriented hatreds and conflicts into Canada.

A.5         Recognition of a unifying Canadian culture.  He realizes that multiculturalism is very deeply engrained in the Canadian state, but believes “there is room for constraining any future growth. . .at the expense of the liberal values of freedom and individual rights.”  He feels that “in order for this to occur. . .there must be a clear understanding. . .that there is a unifying Canadian culture deeply embedded in the values of the West and shaped by the Enlightenment.” 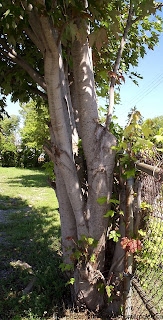 In my next post (Part Two of Two) I will compare Mansur’s concerns about multiculturalism with my concerns about some aspects of current aboriginal policy.

Note 1:  I will  provide more of an explanation of many of the items listed in the bibliography in my next post (Part Two).

Note 2:  Listing these works in my bibiography does not necessarily mean that the authors and/or organizations who published them agree with Mansur’s or my views.

Aboriginal Affairs and Northern Development Canada.  “Canada’s Statement of Support on the United Nations Declaration on the Rights of Indigenous Peoples.” November 12, 2010.  <www.aadnc-aandc.gc.ca/eng>