The definition for “weed” is “any plant growing in cultivated ground to the injury of the crop or desired vegetation. . .If is isn’t in a straight line or marked with a label, it’s a weed” (Wiktionary, May 17, 2012).

“Beneficial weeds can accomplish a number of roles in the garden or yard, including fertilizing the soil, increasing moisture, acting as shelter or living mulch, repelling pests, attracting beneficial insects, or serving as food or other resources for human beings” (“List of beneficial weeds,” Wikipedia, April 20, 2012).

Spring is one of my favourite times of the year, but there is a down side: looking out my back window to see how many weeds have grown between the cracks in my patio stones.  And then the conundrum: how long can I delay pulling them out?  My procrastination often includes going for walks in my neighbourhood and enjoying the weeds in their uncultivated habitat in the park near my home.  There I do not mind looking at them; in fact, I think some of them are quite beautiful (the photos in this post were taken in the park, May 7, 2012).  Besides, weeds can sometimes be beneficial, as explained in the Wikipedia excerpt above.

I think the weed analogy works fairly well in terms of mental illness: it can be disastrous if left unmanaged in certain settings, but it can lead to crucial personal breakthroughs if addressed in others.  That is why it has been refreshing to read the increasing number of media reports in which people, including many famous ones, discuss their inward struggles.  And I am also very glad that mental health issues are getting an increasing amount of attention in Canada.

The most encouraging manifestation of this is the fact that, on May 8, 2012, the Mental Health Commission of Canada released its report “Changing Directions, Changing Lives: The Mental Health Strategy for Canada.”  The document is available for download in both full and summary versions.  “All people living in Canada have an opportunity to achieve the best possible mental health and well-being” is the strategy’s vision statement.

Overall, I am impressed with the report’s comprehensiveness.  But the authors note that “despite the broad consensus on the key directions for change, there will never be universal agreement on everything that needs to be done or on what should be done in what order.”  They also acknowledge that it will take time to implement, and that how it will be funded still needs to be determined.

Before this report was unveiled, Canada was the only G8 nation that did not have a blueprint, and I totally agree it was high time to get one.  This is mainly because I have personally benefited from the support of mental health care professionals from time to time over the past 12 years, and I would like to see others in need also benefit.  My treatment has involved counselling to help me cope with profoundly negative experiences that have adversely affected my well-being.  I also took courses through the local branch of the Canadian Mental Health Association so I was better equipped to deal with the mental illness of a person (now deceased) who I had to deal with for various reasons.

I am happy to join the growing chorus of people who have spoken out about their inner struggles.  But for every one of us who speaks out, there are probably two more who are either struggling privately or who are in denial about it.  The report summary states that “in any given year, one in five people in Canada experiences a mental health problem, with a cost to the economy of well in excess of $50 billion.”  Yet the summary also notes “only one in three people who experience a mental health problem or illness–and as few as one in four children or youth–report that they have sought and received services and treatment.”  Fortunately, I recognized that I needed help and sought counselling early on, but far too many let their “demons” take over to the point where their lives spiral out of control.

Although I have greatly benefited from the counselling I have received, I feel the political factors that led to my negative experiences remain largely unaddressed.  In my case, these factors have primarily involved aboriginal issues.  Yes, I have gained important skills from my counselling, such as mindfulness and cultivating patience.  But mental health care practitioners also believe that people who have been traumatized need to feel safe and secure in their personal environment, and I sometimes lack this.  This is because of the phenomenal runaround I got when I tried to seek atonement (my “runaround” concerns are covered in a number of my other posts, including my “Aboriginal Issues During the ‘Culpability Era'” post).  Furthermore, every time I have spoken publicly about the political factors, I have either been subjected to harassment and intimidation, or have been marginalized and ostracized.  So, in order to avoid being traumatized again, I generally avoid contact with people who are not helping me to move forward on my healing journey.

(A reader of many of my counterpoise posts said it was more difficult for him to understand my concerns because I did not elaborate on exactly what led to my being victimized.  I explained that the reason why I skirt this issue is because if I got specific, I would very likely suffer additional harassment and intimidation.) 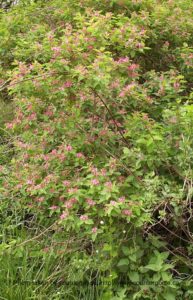 I did not find any references in the Mental Health Commission report to my contention that political conflicts can lead to psychological distress.  Factors listed are “a complex mix of social, economic, psychological, biological and genetic”–I do not think social does an adequate job of covering this aspect.

The full version of “Changing Directions, Changing Lives” contains 12 pages devoted to First Nations, Inuit and Metis “Streams” (I will concentrate on those relating to First Nations simply for brevity’s sake).  The First Nations “Stream, Priority 5.1” lays out the historical reasons for First Nations’ difficulties, such as colonization, the “60s scoop,” and the residential schools.

I am glad there are initiatives in place to help First Nations deal with mental health issues, such as a land-based healing program that combines traditional and mainstream approaches to wellness.  But what I do not agree with is the sweeping generalization that “First Nations have a holistic vision of health and well-being that is based on a balance of spiritual, mental, emotional and physical needs, as well as social and economic well-being.”  I know that many First Nations definitely have this holistic vision, but I do not believe it is true of all.

In addition, I do not think that colonization, the residential schools, et cetera are the reasons why some First Nations lack it.  I think this generalization cannot be made because aboriginal tribes were diverse culturally during pre-contact times.  Some were matriarchal, some patriarchal, and there was violence and inter-tribal warfare.  In addition, bad medicine was practised alongside good medicine (check out the “bad medicine” label in the right sidebar for my posts that mention my concerns about bad medicine).

It is simply not historically accurate to make it sound like aboriginal life pre-contact was a paradise.  Yes, there were many wonderful aspects to aboriginal society before European encroachment.  But I feel the report gives the impression that most of aboriginals’ mental heath woes only started when non-natives arrived on this continent.  I think the reasons are far more complex than this.  For instance, I have a fair number of media and other reports in my files in which aboriginals state that they or their relatives benefited from being at the residential schools and/or from their interactions with non-aboriginals  It is absolutely true that there was a lot of abuse at the residential schools, and massive dysfunction resulted from colonization, but I think the constructive elements of aboriginal/non-aboriginal relations also deserve attention.  I think for more healing to occur, there needs to be more recognition of the positive aspects. 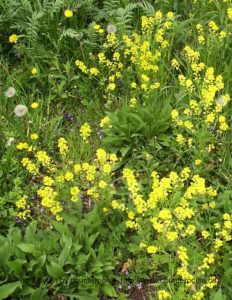 I am pleased, however, that Priority 5.4 (which addresses responses to First Nations, Inuit and Metis mental health issues) acknowledges that 50 per cent of aboriginals live in urban and rural centres, and that sometimes aboriginals move to larger centres to escape a negative environment.

The report states that the authors consulted with “national Aboriginal organizations and other stakeholder organizations that represent First Nations, Inuit and Metis.”  And the references at the end of the strategy include citations for reports prepared by various native organizations past and present, such as the Royal Commission on Aboriginal Peoples (1996) and the on-going Truth and Reconciliation Commission.  I think it is great that the Mental Health Commission consulted with these groups and reviewed their findings, but I feel the strategy’s aboriginal “Streams” give too much weight to a political analysis of the situation (see “Note” about this below).  This is ironical, considering that the report does not list politics specifically as a mental health factor.

National Health Minister, Leona Aglukkaq, attended the launch for “Changing Directions, Changing Lives,” and had this to say in her speech:

This strategy is a call for all of us, across different levels of government, in the corporate world and the volunteer sector, to find ways that each of us can make a difference.  No single person, group or government will succeed on its own. . .We must. . .be sure that all issues of mental health are addressed at every level.

My view of “every level” is that the aboriginal “Streams” need not be so heavily cultivated with political weed whackers.

Regarding the Mental Health’s Strategy’s “First Nations Stream”: I would like to have seen more input from people in places like Caledonia and Six Nations, where there have been clashes between aboriginals and non-aboriginals, and mental health problems as a result (check out the “Caledonia” and “Six Nations” labels in the right sidebar to find my previous posts on this conflict).  At the end of this post, I have listed just a few of the articles that mention the mental health issues faced by non-native Caledonia residents, either currently or during the past six years.

In addition, I think the “Changing Directions, Changing Lives” authors would have benefited from reading the “Ending Race-Based Policing: The Caledonia Act” report which was presented at a Queen’s Park news conference on February 9, 2012.  One of the recommendations is that funding be provided for counselling of Caledonia victims.

A copy of the “Caledonia Act” recommendations can be obtained at the link below:

For further information about the news conference, check out my “Part Two of Two – A Delectable Lie, A Tree and a Way Forward: Multiculturalism and Aboriginal Policy Compared” post.